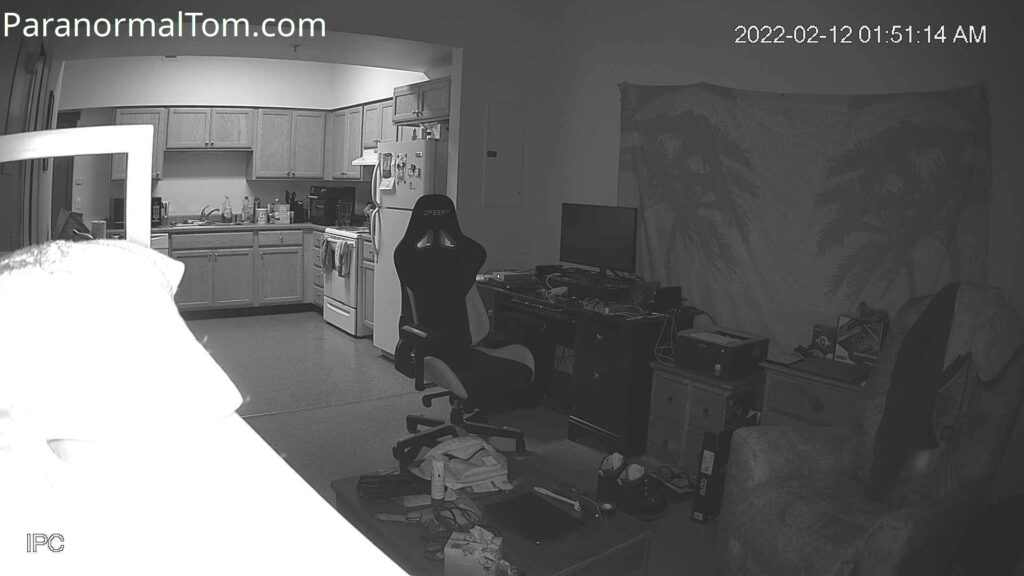 Look at the chair, there’s a light on it. Too far away to be dust.

Could be a IR trick or something. The image it took before and after that, don’t have that light.

I was awake when that was taken, thanks to horrible heartburn. Probably was in the bathroom. The IR was on even with the kitchen light on.

No comments to show.